This collection consists of digitized transparencies taken in the fall of 1988 in and around the Beijing environs. It includes images of common architectual sites like the Forbidden City, Temple of Heaven, Great Wall, Summer Palace and Ming tombs. It also contains a fair number of images of city and (Beijing University) campus life. The latter might be of interest since this was the eve of the 1989 student movement. Additionally, there are a few images of Confucius' hometown and temple in Qufu, Shandong.

The photos in this collection were taken by Colorado College Professor of History John Williams. 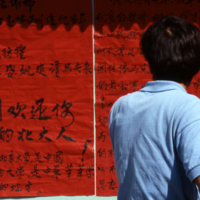 In the fall of 1988, a Beijing University student reads a wall poster welcoming new students and reminding them of the storied role of the school in 20th century Chinese history. 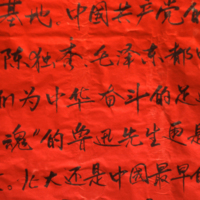 Section of a poster on a campus kiosk tells new Beijing University students the history of the institution, including its relation to May Fourth and CCP luminaries like Li Dazhao, Chen Duxiu, Mao Zedong and Lu Xun, all of whom worked or taught on… 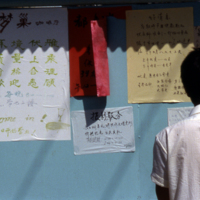 Beijing University student peruses flyers on a campus kiosk for a coffee house, photography service, and new books, among other announcements. 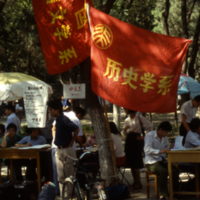 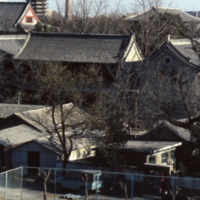 Boya tower rises behind the traditional style architecture of much of the Beijing University campus, viewed across the tennis courts fronting the foreign students' dormitory. 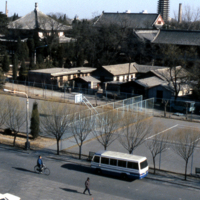 Traditional style architecture graces much of the Beijing University campus, viewed across the tennis courts fronting the foreign students' dormitory. 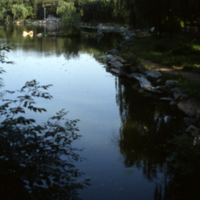 A placid corner of Beijing University's Weiming ("unnamed") Lake, the centerpiece of the campus and reputedly the site of several suicides during the Cultural Revolution. The lake and surrounding were constructed in the 18th century. 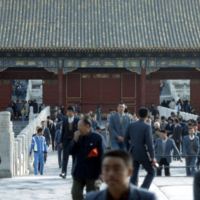 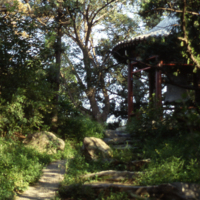 Through the trees surrounding Beijing University's Weiming Lake is seen the Bell Pavilion, built in the 19th century and once used to announce time on campus. 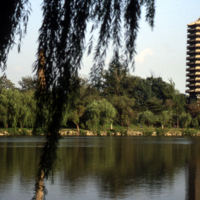 Weiming "unnamed") Lake and Boya ("Erudition and Elegance") Tower, the landmarks of the Beijing University campus. The lake dates to the 18th century, predating the university by more than a century; the tower dates to 1924, built to supply water.
View all 102 items